Georgia has one of the highest poverty rates for children in the United States, with over 26 percent of children living in poverty. Some statistics say that over 40 percent of single family homes are living below the poverty line. Growing up in poverty is one of the greatest threats to healthy child development. Poverty and financial stress can impede a child’s cognitive development and their ability to learn.

For the past four years, The Junior League of Gainesville-Hall County has joined all Junior Leagues of Georgia to participate in the Little​ ​Black​ ​Dress​ ​Initiative​ (LBDI) to shed light on the existence of generational poverty and its effects on women and children that face limited choices every day. The LBDI, which was an initiative started by The Junior League of London, involves 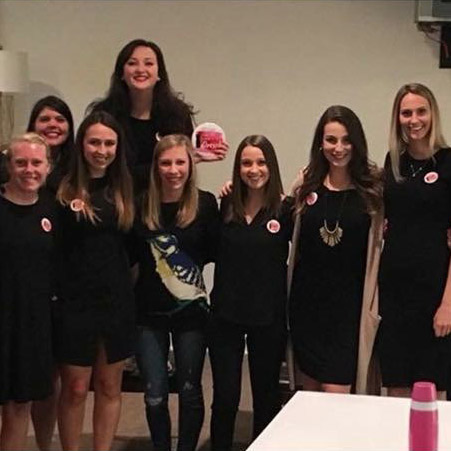 League members wearing one black dress for five days to illustrate the effects poverty can have on a woman’s access to resources, confidence and opportunities. We have had strong participation by active members who wear a single black dresses for five consecutive days with a pin that says, “Ask Me about the Dress,” to spark conversation and spread awareness of the initiative and its objectives. Each participating member has a sponsorship page on the Fundraiser website where donations can be made to support this initiative.

The first two years of LBDI, we have partnered with Habitat for Humanity and have been able to donate over $25,000 that was raised during those campaigns. We also had a number of League members who ended the week of LBDI by assisting with a Habitat for Humanity home build. The past two years we have partnered with Good News Clinic and have raised over $40,000 during those two campaigns.

This year, LBDI will be taking place the week of March 9th – 13th and we hope to have great participation from both our active and sustaining members. For the 2020 LBDI campaign, members will be raising funds to support the Junior League’s Community Outreach initiatives. Initiatives just as the Diaper Bank of North Georgia, Feeding our Future, and Done in a Day grants. These  initiatives directly support the women and children of Gainesville-Hall county.

To meet some of the fundraising participants or to donate to this year’s initiative, visit our campaign page.